Bollywood actress Kareena Kapoor Khan has been making spectacular appearances at awards shows after losing all the pregnancy weight and is exhibiting her perfect figure. Kareena attended an awards event lately, as a part of which she had shot for a special episode with Shah Rukh Khan. On the chat-show, Kareena spoke about motherhood, family and friends.

Kareena also spoke about her colleagues and when asked what comes to her mind with regards to Deepika Padukone, Kareena told, “I think of somebody who is so strong, somebody who is truly truly inspirational and also absolutely stunningly gorgeous.”

Kareena and Deepika shared cold vibes previously after Kareena had walked out of Ram Leela and had told, “I feel honoured and glad to give work to other people. I hope they (actresses) become stars as I have rejected big films.” She had also said, “I’m the only actress who can boast of giving films to other actresses.”

Deepika too took a dig at these remarks on Karan Johar’s talk-show, when asked to suggest an alternative career for Kareena, she was quick to retort, “Charity”. 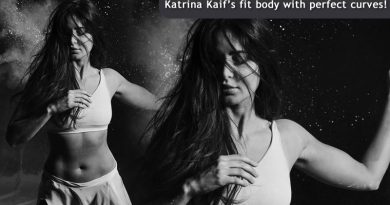